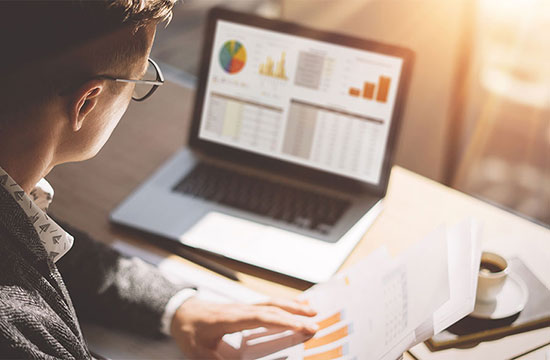 On February 28, 2019, FCA published its Feedback Statement related to the implementation of the PRIIPs Regulation, following the Call-for-Input launched in the course of summer 2018. The intention of the FCA was to collect input from firms about their first impressions on the PRIIPs implementation and the challenges they faced in using the Key Information Document (“KID”) in the day-to-day business with potential investors. As next steps, FCA intends to use this input in order to cooperate with the European Supervisory Authorities (“ESAs”), the European Commission and the HM Treasury in the framework of the review of the PRIIPs Regulation during 2019 and to continue helping the industry by issuing additional guidance as needed.

In the context of the UK leaving the European Union, it is confirmed that the PRIIPs Regulation will remain applicable in the UK after exit day. This Feedback Statement is therefore a first step towards expected further guidance.

“Where does it hurt?”

With the Call-for-Input, the FCA tries to set the most accurate diagnosis possible in order to identify the pain points of the industry the best they can. Indeed, alongside general feedback from market players from both positive and negative standpoints, FCA requested input on specific areas such as the scope of the PRIIPs Regulation, calculation of transaction costs, presentation and calculation of performance scenarios and computation of the Summary Risk Indicator (“SRI”).
These areas are extensively covered by the Feedback Statement.

Several types of products are subject to interpretation and uncertainty as to whether these are in scope of the PRIIPs Regulation. Mainly, corporate bonds are deemed uncertain to be in scope by industry players, resulting in volume decrease of corporate bonds made available to retail investors on primary and secondary markets.

Real-Estate Investment Trusts (REITs) also cause issues of scope definition, whether these are considered as being commercial property companies operating a rental business or considered as investment companies. The FCA mentions it is up to the REIT manufacturer to determine whether the REIT is a PRIIP or not.

The case of products manufactured outside EEA but sold to EEA retails clients was raised. FCA confirmed their inclusion in the PRIIPs KID scope, unless these are sold to professional clients only.

Distributors of financial products are required to remit the KID to retail investors. However, there are many cases where the distributor does not get the KID related to this product as the manufacturer did not prepare it, not knowing whether the product is in the PRIIPs scope or not. The FCA recommends checking with the manufacturers whether the product is a PRIIP or not, and whether a document is made available or not. FCA has for the moment no intention to build a KID central repository collected from manufacturers, and available for use by distributors.

Observations in the market show that transactions costs calculation is a real challenge for the industry, and that the application of the price slippage methodology is causing many issues, namely from a price availability perspective. In a substantial number of cases, transaction costs calculated using this method are either very high or negative, whereas FCA estimates that the results given by this methodology should be close to zero, when applies over a period of 3 years on many transactions.

FCA also mentions that the price slippage methodology does not intend to be an accurate measure of each stand-alone transaction, but instead to be applied over a set of transactions at the level of a portfolio. The remedies applied by FCA consisted in several guidance provided and the conduct of a transaction costs seminar. The Feedback Statement also summarizes the issues and errors found in the application of the methodology:

FCA noted some firms incorrectly apply the RTS methodology for transaction costs, especially for primary market issue of securities. Manufacturers sometimes calculate a negative figure of transaction cost at each subscription of new issue, instead of adjusting this number to have no transaction costs associated to this new issue as per ESMA Q&As. Indeed, when summing up all transactions without proceeding with the required adjustment, the final transaction costs calculated as a result for the PRIIPs is being artificially underestimated.

Some UCITS funds investing in other CIS disclose the costs for the trading of these funds under the “other ongoing costs” figure. Therefore, they do not disclose the transaction costs separately, so disclose zero as transaction costs. In addition, high transaction costs may be obtained by incorrectly applying the methodology, but FCA observed it may happen effectively – although not desirable for the manufacturer – as a result of an aggressive trading strategy with high portfolio turnover.

In addition, FCA published a report on their review conducted on disclosures on costs and charges in the framework of PRIIPs Regulation, MiFID 2 and UCITS KIID Regulation. FCA acknowledged that the interaction between these regulations is not always easy to grasp and to implement, but they reminded that the aim is to present clear and complete costs information to the investors. In the review they conducted, FCA found out that many disclosures are unclear however, as follows:

The UCITS KIID regulation specifies that where transaction costs are likely to have a material impact on the performance, these costs must be disclosed in the “Investment objectives and strategy” section of the KIID. FCA found that this is not being disclosed in practice and recommends firms to define a “material” impact level on performance above which a disclosure is required in the UCITS KIID.

The PRIIPs and UCITS Regulations prescribe that other marketing documentations should not reduce the importance of the disclosures included in the KID or KIID. However, in practice, FCA noted that some manufacturers provided information on marketing materials on costs information that is lower to what is disclosed in UCITS KIIDs or PRIIPs KIDs. Most often, costs mentioned in factsheets correspond to the ongoing charge figures, but transaction costs are omitted.

Based on an analysis of a sample of products, FCA found that where all costs are published, they are disclosed in a way that requires lots of efforts to be found and understood by customers, for instance by including these costs in separate pages of websites. As a result, a potential customer will need to do extensive research on his side to have the full picture of all the costs that would apply to him by investing in the product and will have a hard time assessing the real impact of the overall costs.

Final point on costs, FCA also mentioned that fund-of-funds look through was a source of misunderstanding, where some firms apply the look-through on the first layer only, whereas other firms apply look-through on further levels. FCA reminded that all direct and indirect costs are required to be incorporated in the calculation, including those of the underlying funds. Then, the top-level PRIIP manufacturer must include these underlying costs into its own calculations.

Besides the already well-known issue of different methodologies to calculate risk indicators under UCITS and PRIIPs, most concerns relate to specific types of products for which the methodology described in the RTS provide potentially misleading results as it is based on historical price volatility, which, sometimes, is not suitable to assess the real risk of some products. For example, venture capital products show, in a vast majority of cases, a Synthetic Risk Indicator (SRI) of 3 whereas these instruments are deemed highly risky due to their investment strategy in small/new/unlisted companies. This could be misleading for investors as this SRI does not reflect the true level of risk associated with an investment in Venture Capital product.

Another point on the risk disclosures in the KID relate to those risks not captured in the SRI, about which many firms mentioned that the limit set at 200 characters for the relevant narrative is too small. FCA’s feedback highlighted that this point was spotted by the ESAs in their consultation launched on November 8th, 2018, in which the limit has been increased to 300 characters for this risk description.

In the case of both issues, FCA expressed its acknowledgement of the challenges faced by the industry and is considering local guidance to help UK firms in this respect but mentioned that the changes in the regulation or RTS may only be made at the level of EU institutions.

FCA, like many other regulatory bodies, have expressed their concerns early 2018 and would welcome additional statements added in the KID to explain potential investors how performance scenarios are calculated.

This point was extensively discussed and explained in the Consultation launched by ESAs in November 2018. The solutions proposed in this document gave a partial answer to these challenges but will have to be reassessed during a wider review of the PRIIPs Regulation, which will last until end 2020.

These amendments will therefore take a long time to be implemented and effective. However, in the meantime, FCA refers to the Supervisory Statements issued by the ESAs on February 8, 2019, in which it is recommended to include an additional warning tempering the possible interpretation of performance scenarios shown in the KID.

Next steps suggested by the FCA

FCA plans to continue its close cooperation with the EU Commission and the ESAs on the full review of the PRIIPs Regulation to be achieved by end of December 2019. The main areas of focus will be performance scenarios, risk indicators and scope definition.

FCA has also concerns about the PRIIPs scope of application lack of clarity, especially related to products for which it is unclear whether a KID is required or not. The Regulator is therefore considering issuing local guidelines in order to tackle these uncertainties.

As the PRIIPs Regulation is being transferred into UK legislation in the context of Brexit, FCA is cooperating with HM Treasury to evaluate whether there will be amendments required to ensure that the PRIIPs regime continue to operate after exit day.

What we think about this…

As a consulting company deeply involved in PRIIPs implementation and aware of the challenges related to the implementation of PRIIPs, we are glad that FCA takes a structured approach to take stock of the current situation and is willing to continue helping the industry. The points listed and thoroughly investigated are indeed the ones that cause the biggest concerns to the industry, where regulatory action is largely expected.

However, with Brexit deadlines approaching, we think that the exercise undertaken by FCA will be limited to the UK and will as a result only benefit UK firms. There is indeed an intention by the FCA to bring answers to the industry, but nothing is mentioned in their publications on the level at which they are able to act.

For example, FCA mentions its willingness to closely work with ESAs and the European Commission during the review of the PRIIPs Regulation but there is a question mark about their ability to effectively do so. Indeed, after Brexit becomes effective, will the UK regulator be able and/or allowed to provide input on the review of the PRIIPs Regulation?

In addition, FCA will certainly want to have the next steps to this Feedback Statement implemented somehow. If post-Brexit they are not able to have their say in the discussion with the ESAs or the EU Commission, there is a risk that FCA will implements their own remedies into local PRIIPs legislation, with potential discrepancies with the EU PRIIPs Regulation that will result from the review.

We hope that the statements of the FCA will be heard and considered at the level of ESAs and the EC, as a review of the PRIIPs Regulation is desired by the industry and needed on several points. We also hope other regulators will follow FCA’s steps and will undertake the same approach with regards to the challenges caused today by the PRIIPs Regulation, which may be existing for more than a year, but still causes lots of issues for everyone.